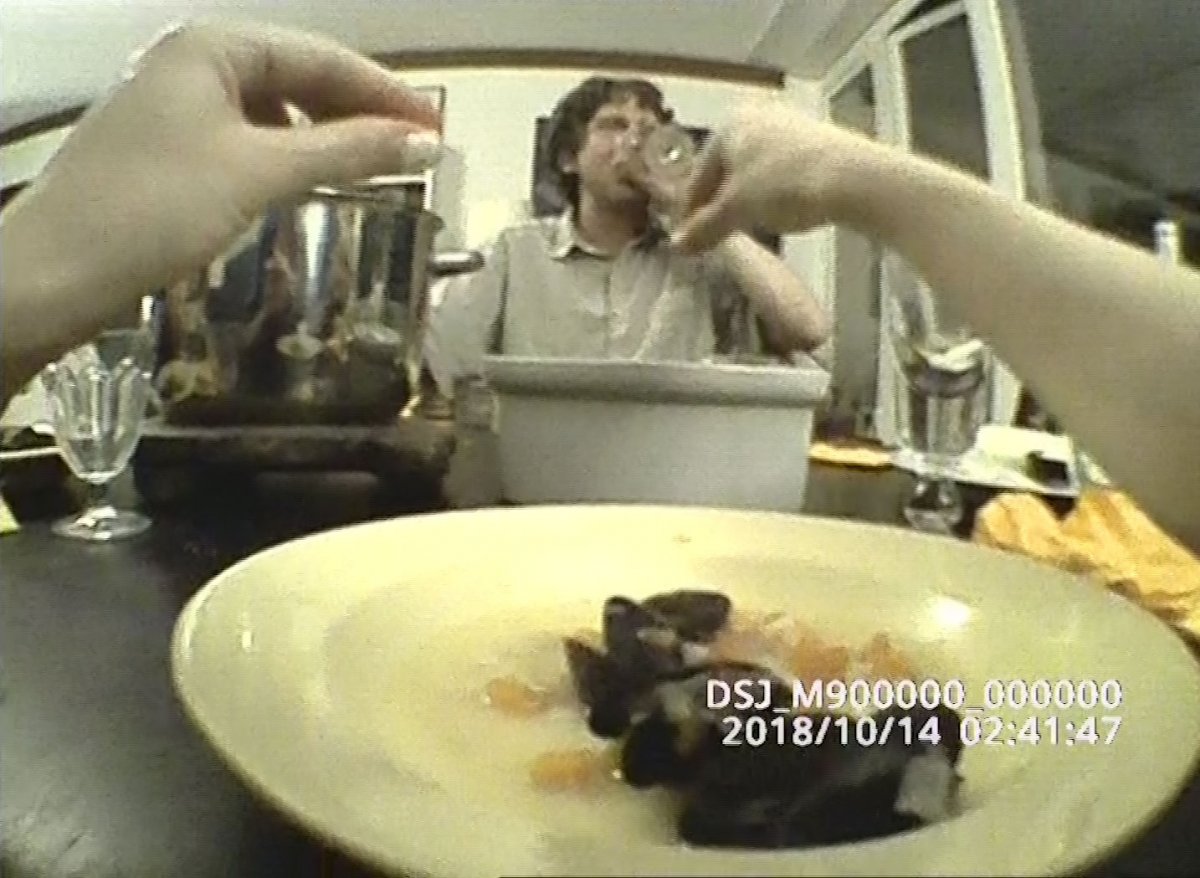 Yulia Lokshina (B. 1986, Moscow) and Angela Stiegler (B. 1987, Munich) meet at the crossroads of documentary filmmaking and visual arts in the interest of linking the two areas in their work. Since 2014, Yulia and Angela have been working together in various constellations in the context of a series of art and film productions. In 2017/2018 they were awarded the one-year media art scholarship of the Munich Filmschool and the Kirch Foundation to produce the art and science collaboration SUBJECTIVE HILL and were further supported by the EOFA Residency (Canton Switzerland Geneva) and the CISA in Geneva. Their film has been awarded the videodox-Förderpreis (2019) and screened at CAC Centre d’Art Contemporain Genève (2019), IIPPE International Conference, Lille FR, (2019), Goethe-Institut Paris, FR (2020), A.K.T „Risikogruppen“ Pforzheim, DE. Currently Angela holds a teaching position at the Akademie der Bildenden Künste Nürnberg. Her latest works are on view in the solo show „I treat my friends as sculptures“ at Françoise Heitsch Gallery in Munich. Yulia has started an artistic PhD at Filmuniversität Babelsberg Konrad Wolf after graduating from HFF Munich with „Rules at the assembly line, at high speed“ (2020), a documentary film on labour migration and questions of social inclusion. They continue working together and are currently preparing „Schmarotzerbrücke“, a collaboration with residents of a contentiously named street in Munich.

Jasmin Schädler was born in Illertissen in 1989. After completing her bachelor’s degree in physics and cultural studies, she studied theater directing at the Academy of Performing Arts Baden-Württemberg and in the master art praxis at the Dutch Art Institute.
The overarching subject of her work is the questioning of knowledge hierarchies. Coming from an intersectional perspective she investigates the relationship between space, perception and identity in both analog and digital. In doing so, she deals with data collection, reporting and the questioning of conventions of knowledge production.
She is a fellow of Kunststiftung Baden-Württemberg und Künstlerhaus Stuttgart and a founding member of the performance collective die apokalyptischen tänzerin*nen, as well as a founding and board member of the association InterAKT Initiative e.V., which realizes music and performance projects in the Stuttgart area.

Caspar Heinemann is an artist, writer and poet based in London. His solo exhibitions have been presented at Outpost Gallery, Norwich; Almanac, London; and KevinSpace, Vienna. Recent group exhibitions have been held at Georg Kargl Fine Arts,Vienna; ICA, London; Cabinet, London; and PDX Contemporary, Portland. Heinemann participated in the 2019 Bergen Assembly, and has recently read at Camden Arts Centre, Sussex Poetry Festival and Tate Modern. His first poetry collection ‘Novelty Theory’ was published in 2019 by The 87 Press.

Isabel Gatzke has a MA in Dramaturgy from the ZHDK in Zurich. Her practice as a dramaturge is mostly based in the field of dance and performance where it is concerned with questions around the moving body, image and sense-making as well as forms of relating to each other that are not structured in a logic of »power over«. She is an research assistant for the artistic research project Non-knowledge, Laughter and the Moving Image

Olympia Bukkakis, Queen of the Heavens and of the Earth, Empress of Despair, and Architect of Your Eternal Suffering, Olympia Bukkakis began performing while completing a BA in social theory at Melbourne University in Australia and kick-started the local alternative drag scene with her party Pandora’s Box. She has collaborated with Australian queer theatre company Sisters Grimm on a number of projects including Summertime in the Garden of Eden.Since moving to Berlin in 2012, she has organised, curated, and hosted various queer performance nights including Get Fucked, Fancy, and Apocalypse Tonight. Since 2015 she has organised and hosted Queens Against Borders, a performance event in solidarity with trans and queer refugees. In recent years she has begun to perform in contemporary dance and performance contexts, performing in Jeremy Wade’s Between Sirens and Human Resources and in 2019 she completed a Masters in Solo Dance Authorship at the Inter-University Centre for Dance (HZT) in Berlin with her graduation piece Tales From a State of Shemergency. Her most recent full length work Gender Euphoria premiered at Sophiensaele in Berlin as part of the 2019 Tanztage festival. Her practice is situated within, and inspired by, the tensions and intersections between queer nightlife and contemporary dance and performance.