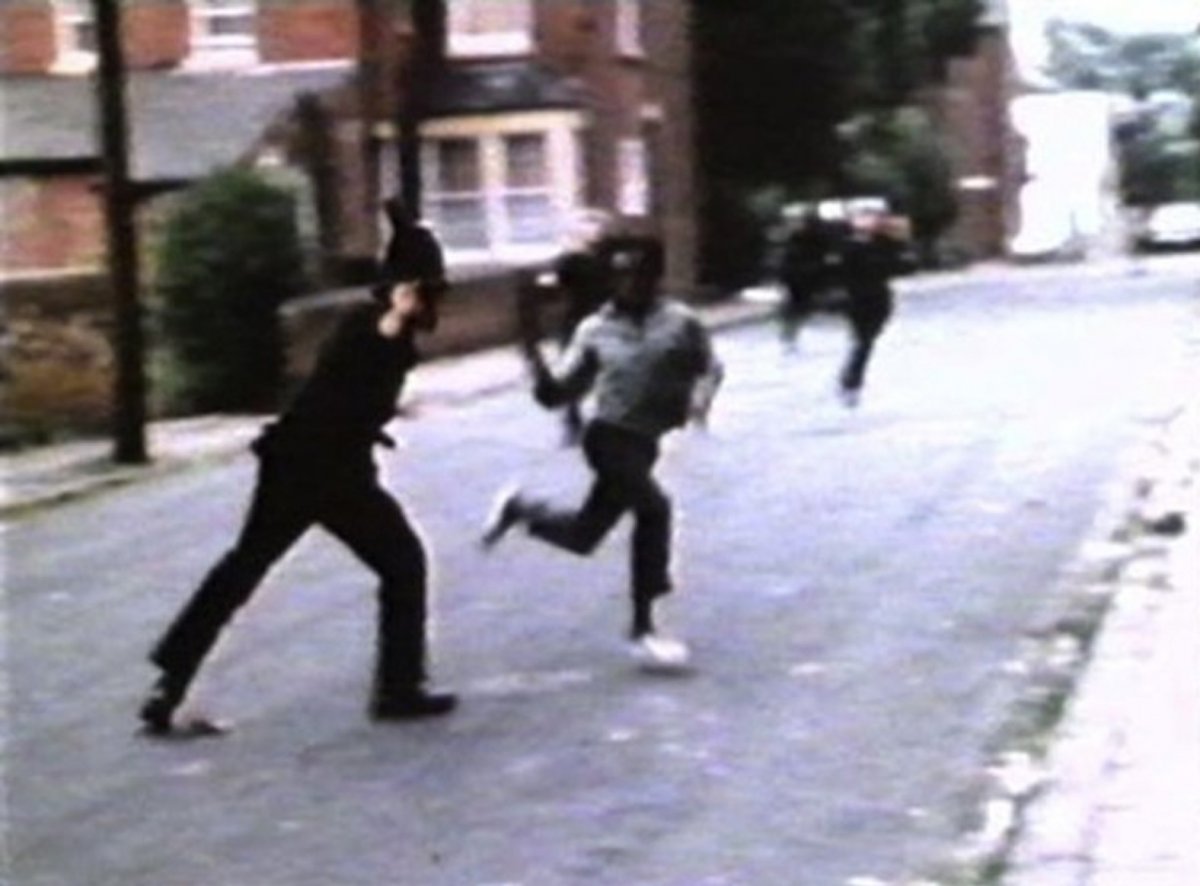 A film essay on race and civil disorder in 1980s Britain and the inner city riots of 1985, Handsworth Songs takes as its point of departure the civil disturbances of September and October 1985 in the Birmingham district of Handsworth and in the urban centres of London. Running throughout the film is the idea that the riots were the outcome of a protracted suppression by British society of black presence. The film portrays civil disorder as an opening onto a secret history of dissatisfaction that is connected to the national drama of industrial decline.

The ‘Songs’ of the title do not reference musicality but instead invoke the idea of documentary as a poetic montage of associations familiar from the British documentary cinema of John Grierson and Humphrey Jennings.

Inaugurated in 1982 and dissolved in 1998, the seven-person Black Audio Film Collective (BAFC) is widely acknowledged as one of the most influential artist groups to emerge from Britain in recent years.
John Akomfrah, Lina Gopaul, Avril Johnson, Reece Auguiste, Trevor Mathison, David Lawson and Edward George produced award winning film, photography, slide tape, video, installation, posters and interventions, much of which has never been exhibited in Britain.

Their first film Handsworth Songs won seven international awards in 1987; their second film Testament premiered at the Semaine de la Critique at Cannes International Film Festival in 1988; these and subsequent works such as Twilight City (1989) and The Last Angel of History (1995) staked a claim for a new kind of moving image work that was resolutely experimental and confidently internationalist.