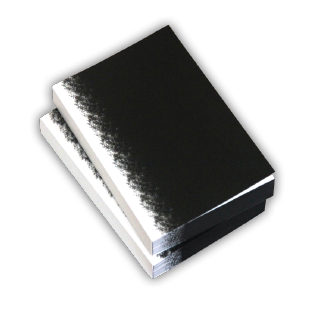 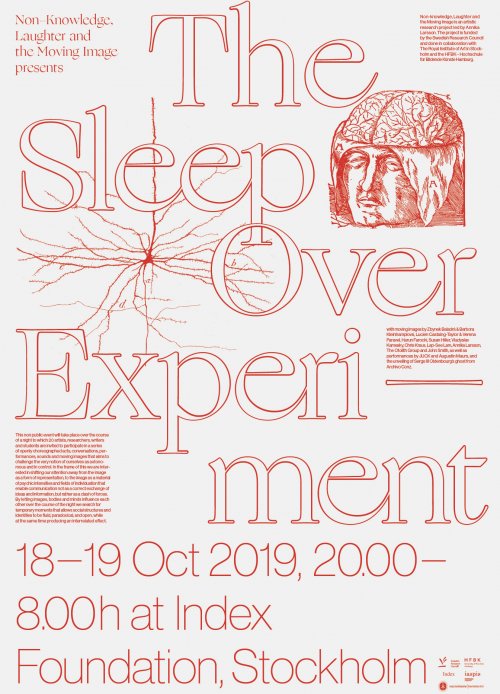 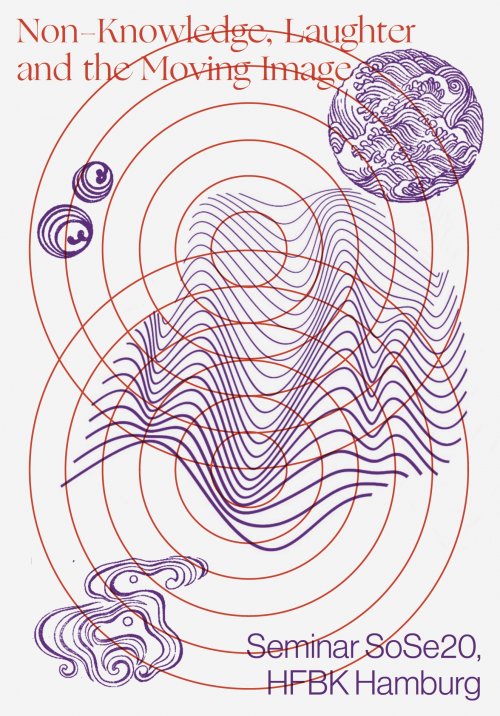 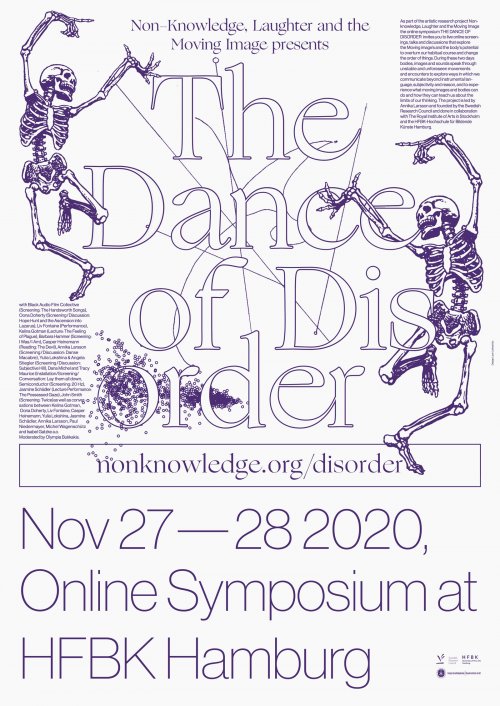 Working Together - with The Moving Image and the Laughing Body.

Existence is not an individual affair. / Karen Barad

What are the challenges for working together across human-non-human boundaries? How could the Laughing Body and the Moving Image, as non-human and non-conscious agencies, challenge our notion of human agency and lead us to other places of power where meaning and matter are intra-twined? What new forms of collaboration emerge when we re-situate ourselves as spontaneously responsive, moving, embodied living beings? Who is making whom, in a reality of continuously intermingling? What new worlds and futures could open up if we accept the possibility of notknowing? When working together with digital machines and systems, how do we challenge their inherited closeness and predictability?

In our research we are interested in shifting our attention away from The Moving Image and The Body as forms of representation, to them as materials of psychic intensities and fields of individuation. We neither see the Moving Image or the Laughing Body as tools or property that we as subjects can control and own, nor do we look at them as separate entities with closed borders that we are studying from outside. Instead we are interested in a research entangled with them where we could learn from and with them, and from where new temporary borders and beings could emerge. In our search for ways of doing this E.I. The Blob came into being. E.I could stand for Earthificial Intelligence, or simply a mispronunciation or confusion of the acronyms A.I. or E.T.

E.I The Blob is an interactive “image-organism” sensitive to sound and touch, programmed in WEB GL, which is a script for rendering interactive 3D and 2D graphics. It is an open-end project done in collaboration with the programmer Stefan Kernjak and Kiona Niehaus, and created to explore new ways of thinking, being and acting with the Moving Image. E.I The Blob has come to play a central role in our research project by bringing in a nonhuman perspective to our research. As a (non-human) colleague in the project, it has allowed us to rethink our relation to the Moving Image, as well as opened up new ways to experiment with time, movement and toward the Moving Image as an intra-active* vibrant body. It has also opened up ways to rethink laughter beyond the human laughter, towards it as a liveliness of matter. E.I The Blob’s programmed algorithm is also making us challenge the characteristic inability for digital programmed systems to create change. Here we are looking for ways to open the inherent closeness of digital communication towards more unknown protocols that allow for the spontaneous movement and change that exists in analogue systems. Through the engagement with E.I. The Blob we’re confronted with a form of intra-action that involves nonknowledge and a non-understanding, not only on a level of sense making centred around linguistic exchange but on a profound level of how can we structure a becoming together that is not based on verbal
communication and agreement.

In her essay »Telling is Listening« the sci-fi author Ursula K. Le Guin writes about how communication is often seen as a one-way-transportation of meaning from A to B and how this image manifests a dichotomy in telling as active and listening as passive. To oppose this normative and limiting idea she advocates for another image of communication: two amoebas having sex. Amoebas usually reproduce by dividing themselves. But sometimes “two of them get together, literally, and reach out to each other and meld their pseudopodia into a little tube or channel connecting them.” Thus: when two amoebas exchange genetic “information”, “they literally give each other inner bits of their bodies”. When we follow Le Guin in her thoughts this tunnel is communication. In every form of communication we leave traces of us in the other, no matter if we are telling or listening because both forms of participating in an exchange are vital to the process of communication. This idea reveals a closeness to what the theoretical physicist and feminist theorist Karen Barad is describing when she talks about the entanglement of matter and meaning. There are no fixed boundaries around us, nor around other bodies or Moving Images, but rather a constant flow of particles behaving as waves and waves as particles, in a continual state of infecting and reconfiguring each other. We like to think of the Laughing Body and the Moving Image as partakers in this “lively dance of mattering”, and for our proposed discussion we would like to invite these forces to disturb our reduced ways of reading the world and to ask how they could participate in the reconfiguring of the material-social relations of the world.

-here we are using Karen Barad’s notion of the intra-action, “as a contrast to the usual “interaction", which assumes that there are separate individual agencies that precede their interaction. The notion of intra-action recognizes that distinct agencies do not precede, but rather emerge through, their intra-action” Barad, K. (2007) Meeting the universe halfway: Quantum physics and the entanglement of matter and meaning. Durham, NC: Duke University Press. pg. 10

References:
Le Guin, U. K, (2004) Telling is Listening from The Wave in the Mind: Talks and Essays on the Writer, the Reader, and the Imagination, Shambhala Publications,Boston, United States
Barad, K. (2007) Meeting the universe halfway: Quantum physics and the entanglement of matter and meaning. Durham, NC: Duke University Press.

The Discourse of the Drinkers - The Laughing Body

"The serious aspects of class culture are official and authoritarian; they are combined with violence, prohibitions, limitations, and always contain an element of fear and of intimidation…
Laughter, on the other hand, overcomes fear, for it knows no inhibitions, no limitations.”
Mikhail Bakhtin

The film installation and book The Discourse of the Drinkers are exploring the bar as a social and political space. The project serves as an initial part of the artistic research project Non-knowledge, Laughter and the Moving Image that is examining the Moving Image and the Laughing Body’s capacity for new and alternative modes of thinking, acting and being, and their potential to overturn our habitual course and change the order of things. The three-year project began in January 2018, and is funded by the Swedish Research Council and hosted by the Royal Institute of Art, Stockholm in collaboration with Hochschule für bildende Künste Hamburg.
The title The Discourse of the Drinkers stems from a chapter in François Rabelais’ s 16th Century comic novels on The Life of Gargantua and of Pantagruel, a pentalogy that also partly serves as a narrative framework for the project. Departing from Mikhail Bakhtin’s notion of the “Carnivalesque” and “the Grotesque Body”, expressed in his analysis of François Rabelais works, the project embraces a mode that subverts and liberates the assumptions of a dominant order, a temporary state where social hierarchies of everyday life are turned up side down. Equally interested in queer and collective bodies, the “Grotesque Body” here is a body in the act of becoming, manifested through the open mouth - that laughing, drinking, talking and singing opens up the body to the world.

The film installation, as well as the main part of the book, consists of material that was filmed in the queer bar The Club in Neukölln and the 24h open bar Rote Rose at Kottbusser Tor in Kreuzberg in Berlin during a six-month period in 2017. Moving between documentation, fiction, observation, performance and dialogue, the project makes use of the moving image’s ability of opening up a virtual space, a place for unstable and unforeseen movements and meetings. Through montage the two bars are merged into one, creating a performative and relational space for moving and instable bodies, identities and stories. Scenes of conversation intercut with a stage performance by the trash drag ensemble the Real Housewives of Neukölln, whose collective voice acts like as a chorus for the film, commenting on the said and unsaid. The book consists of transcribed bar conversations, song lyrics and stills from the filmed material in juxtaposition with modified passages from the stories of The Life of Gargantua and of Pantagruel. Together with a selection of historical bar and intoxicant imagery, lyrics, texts and poetry they form a multi voiced document, a collective drinking and laughing political body.