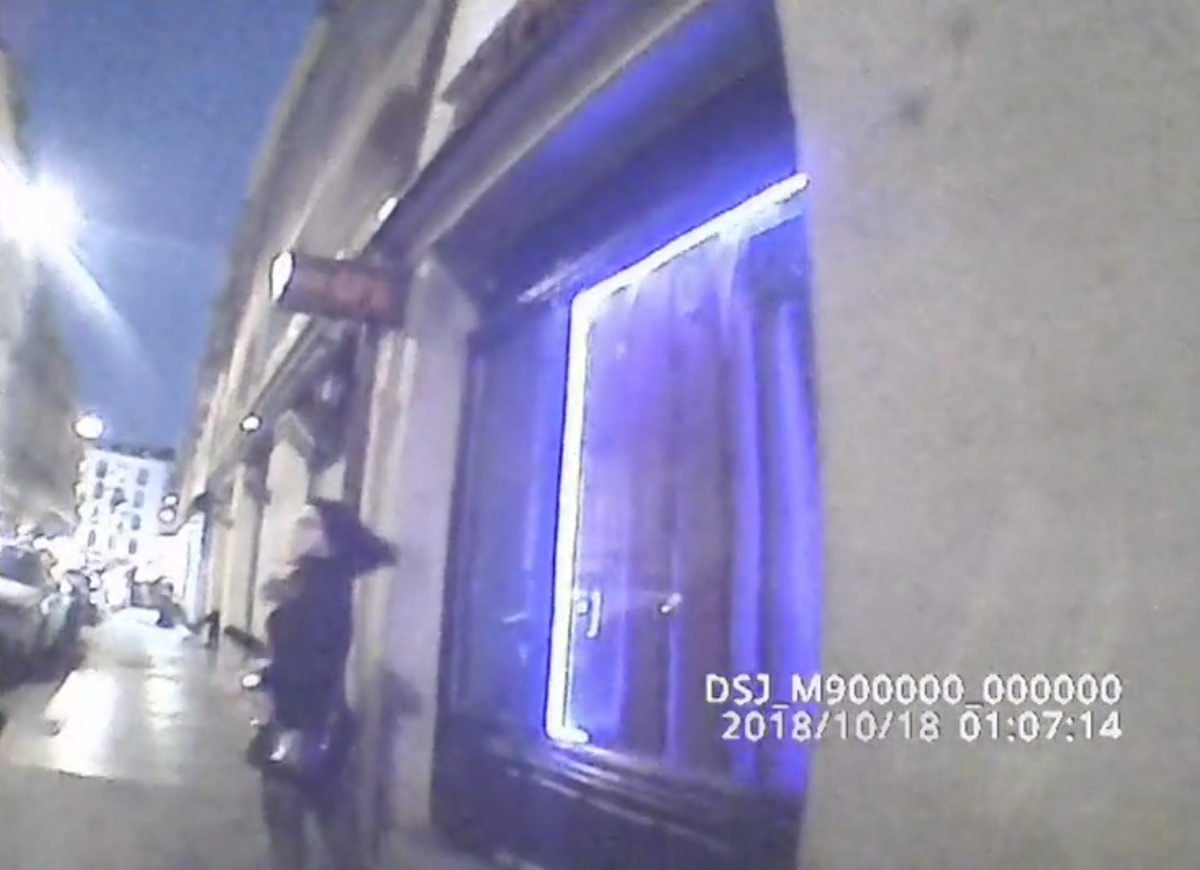 The Screening will follow by a conversation with Yulia Lokshina, Angela Stiegler a.o>

Imagine, behind that hill there is the enemy.
In SUBJECTIVE HILL (2019), the documentary filmmaker Yulia Lokshina and the visual artist Angela Stiegler follow a long-term virtual reality study on affective behaviour in stress situations, conducted in cooperation with the Geneva police force at the Swiss Center for Affective Sciences at the Geneva University under the supervision of Professor David Rudrauf.

Where lies the difference between real and looming danger? In a simulation, perception and projection are combined in order to predict the outcome of a situation or prevent its escalation. The learning mechanisms to control body and mind are studied in the laboratory.

SUBJECTIVE HILL (2019) operates in an experimental setup in order to examine the purpose and effects of simulation, both virtual and real, and the affective reactions they cause. A body cam traverses a series of rooms, slipping into various roles space by space: From a police officer patrolling a red light district in Geneva, intruding into a private living room as a friend in the South of France, to then end up in an imagined theatre of war. Focussing on the influence of prior beliefs on our perception of reality, this setup follows the logic of the Virtual Reality experiment at the laboratory of the Centre for Affective Sciences in Geneva, where confrontational situations of police officers were simulated to enable the examination human affective states. Within this documentary approach, the body cam a camera used in police work and worn right on the chest – is transferred into a narrative fictional context of a subjective gaze.

Yulia Lokshina (B. 1986, Moscow) and Angela Stiegler (B. 1987, Munich) meet at the crossroads of documentary filmmaking and visual arts in the interest of linking the two areas in their work. Since 2014, Yulia and Angela have been working together in various constellations in the context of a series of art and film productions. In 2017/2018 they were awarded the one-year media art scholarship of the Munich Filmschool and the Kirch Foundation to produce the art and science collaboration SUBJECTIVE HILL and were further supported by the EOFA Residency (Canton Switzerland Geneva) and the CISA in Geneva. Their film has been awarded the videodox-Förderpreis (2019) and screened at CAC Centre d’Art Contemporain Genève (2019), IIPPE International Conference, Lille FR, (2019), Goethe-Institut Paris, FR (2020), A.K.T „Risikogruppen“ Pforzheim, DE. Currently Angela holds a teaching position at the Akademie der Bildenden Künste Nürnberg. Her latest works are on view in the solo show „I treat my friends as sculptures“ at Françoise Heitsch Gallery in Munich. Yulia has started an artistic PhD at Filmuniversität Babelsberg Konrad Wolf after graduating from HFF Munich with „Rules at the assembly line, at high speed“ (2020), a documentary film on labour migration and questions of social inclusion. They continue working together and are currently preparing „Schmarotzerbrücke“, a collaboration with residents of a contentiously named street in Munich.