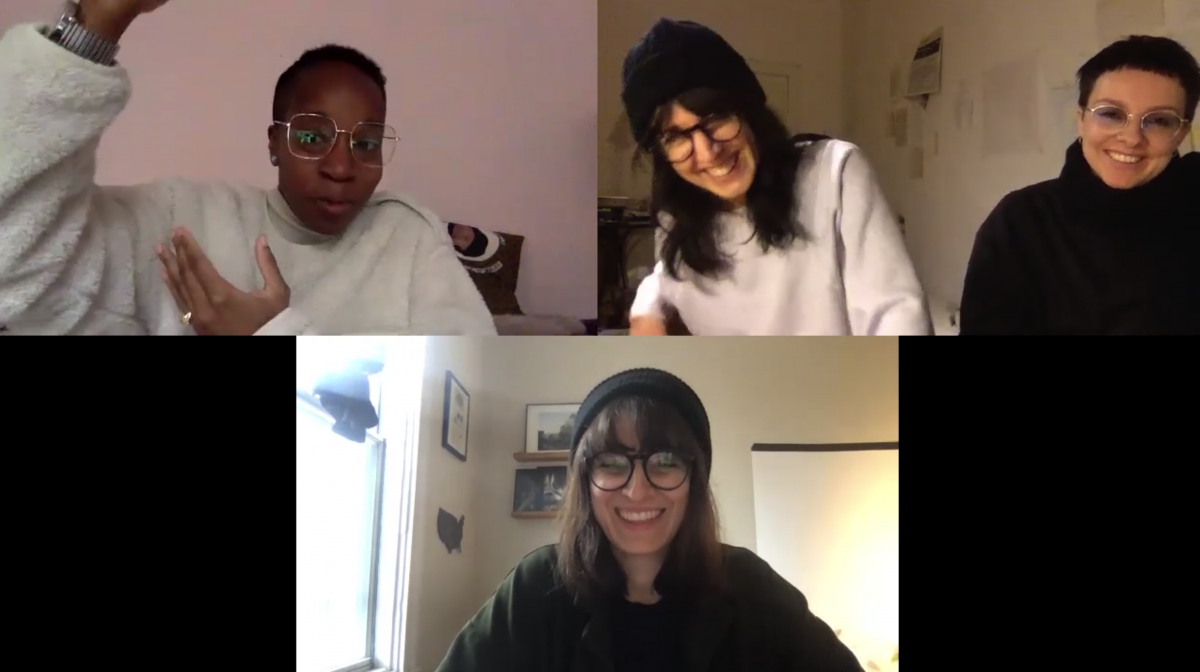 In Lay them all down (2020), as Michel moves through physical frustration with humor and candor, Maurice drives the camera over the floor, amplifying all sounds, using her body as a tripod that advances and collapses. This is not mere documentation, but a video and performance laboratory that asks if mutual understanding can come from really looking at each other. Both Michel and Maurice dress and undress, follow each other, and create dichotomies around closeness, dimension, speed, and noise. Dancer, filmmaker, camera, and audience are all engaged in the simple yet elusive action of focused observation. Dana Michel and Tracy Maurice film and wear objects that propel them outside comfort and cliché. What remains is the intuitive outburst to be seen and be together, regardless of outcome.

Dana Michel defies expectations of dance through experimentation and live imagery. During her performances we see remote controls, chains, a dolly, miniature furniture, a microphone. Michel rubs against surfaces, throws things, puts oversized clothes on and takes them off, tries to make a song, wraps herself in rugs. These seemingly unimportant tasks, repetitive and apparently mindless movements, become a mode of reflecting “on the labor and effortlessness of being a person.” Michel’s way of moving through space and garments channels anger, sex, confusion, force, vexation, and pleasure. She is having private thoughts in public, small tournaments of conquer and defeat without clear resolution. This instinctive playhouse disrupts all identity impositions. Dana Michel tears apart assumptions by covering and uncovering stereotypes with hilarious and difficult bodily interventions.

Her collaborations with Tracy Maurice intensify this quest. An interdisciplinary artist and filmmaker, Tracy Maurice explores the correlation of analogue and digital, live and recorded, often using film as a medium where two or more concepts coexist.

Tracy Maurice is a multi-disciplinary artist who works across mediums in art, design & video. Her research-based practice involves material exploration and analog techniques ( inspired by special effects from early cinema), as well as nature, science and dance. Her work has been exhibited at Lincoln Center Atrium (NY), Musée d'art contemporain de Montréal (QC), the 11th Berlin Biennale, & Nuit Blanche (TO). Maurice was the Creative Director for the band Arcade Fire & created album artwork, music videos & live content for the albums Funeral & Neon Bible, including the interactive music video for the band’s single, “Black Mirror.” In 2008, she won a Juno Award for Best Director of the Year for Neon Bible. She has given talks at Berklee College of Music, Pennsylvania College of Art & Design & taught at the IDFA Film Academy at the University of California at Berkeley.